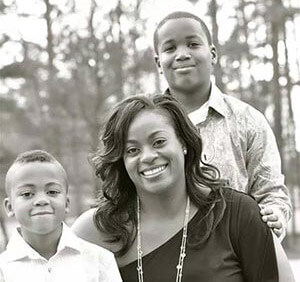 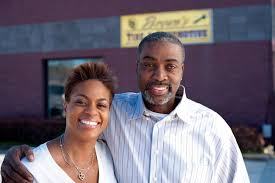 Read more about Tonnika Haynes and William Brown in this article from FenderBender.com

Brown’s Automotive was founded in 1980 by Tonnika’s father, William Brown. William grew up in Durham and Charlotte, NC. In 1980, after serving with The United States Marine Corp, he returned to the area to build his automotive business. The Brown’s Automotive was originally located in Carrboro. In 2001, William opened the doors to his dream shop, our current location.

Tonnika started out as a kid answering the phones and helping her father during summer breaks. In 2001, she took over as Shop Manager and in 2016, after the retirement of her father, became the shop owner. Tonnika holds an ASE Service Consultant Certification and has a bachelor’s degree in Business Administration from The University of North Carolina at Greensboro. In her free time, Tonnika enjoys being with her sons, Santana and Jordan, camping, traveling, fishing, watching football, and playing Team Mom for various kids’ sports.

Come and see us today for all of your auto repair needs! Schedule Service

We’d Love to Hear from You

For the safety of our customers and employees we will no longer be letting customers inside the office.

Please use the drop box to drop off your vehicle.

We will communicate with you through phone, text or email however you prefer. Payments will be made over the phone with a credit card. All cars will be sanitized before and after the service is done.

This in no way is changing our dedication to servicing your vehicle. Please let's work through these trying times and help us all get through this.